I have a confession to make.

I am one of those people who adores ramps. I go crazy over them when they appear. Their presence at the market says that spring is really here. 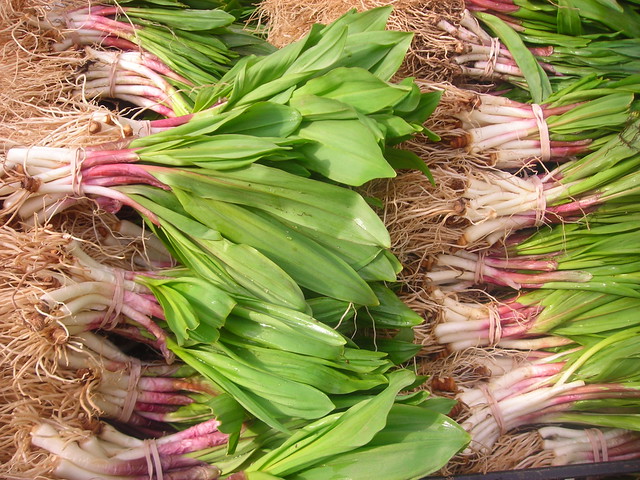 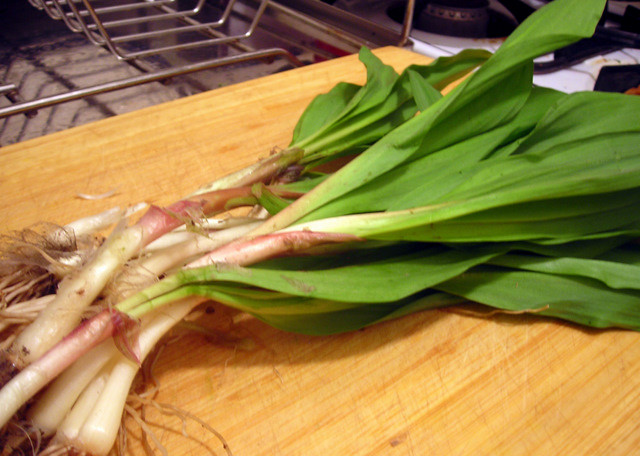 I try to cook with them in as many ways as possible, because they’re only around for a brief window of time. Blink, and you’ll miss ’em.

Ramps, or Allium tricoccum for the botanically inclined, are wild leeks. Normally available from mid-March to late April or early May, they can be found from as far north as Canada (Quebec/Ontario/Nova Scotia), all along the eastern portion of the United States to as far south as Georgia. Wikipedia says that they also grow out west, like in Oklahoma, but I’ve never heard of anything like that.

Ramps have a pungent taste in the raw state, similar to strong onions and garlic. Cooking tames their sharpness, while accentuating their sweetness. 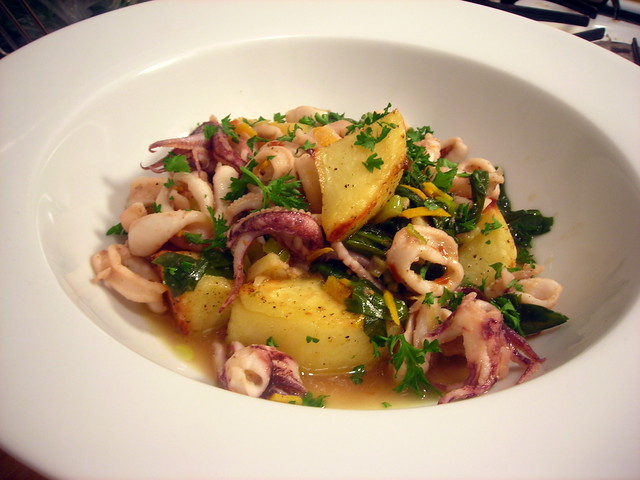 I love to poach squid or fish in olive oil, and pair them with ramps, citrus zest and crispy potatoes. Try serving them, fried in butter with bacon and eggs. They’re wonderful in a vegetable ragoût, or in a minestrone.

Lately, I’ve been adding them to basic sauces, such as chermoula and pesto. Their piquant flavor can be just the thing you need to brighten your day. 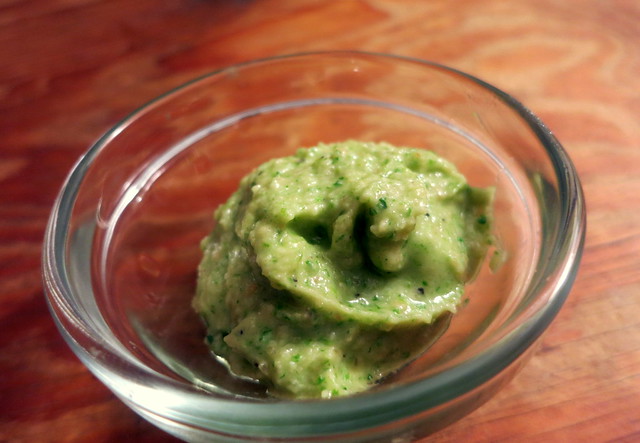 Adapted from this recipe at Food52.

The version pictured above contains hazelnuts instead of walnuts, and the juice of half a Meyer lemon. Otherwise, it’s as written.

If you have neither hazelnuts nor walnuts, pine nuts will do in a pinch. Regular lemons are fine instead of Meyer lemons.

Chop the ramp leaves, ramp stalks and hazelnuts coarsely, then place in a food processor or blender. Add the grated cheese and a dash of salt and pepper.

While the motor is running, pour in the olive oil in a thin stream and pulse the ingredients until the mixture tightens and begins to resemble pesto. Taste for salt, pepper and lemon juice. Adding salt, as Amanda notes in the original recipe, will heighten the other flavors; adding lemon juice rounds things out.

This recipe makes enough for 4-6 people, and keeps for a week in the refrigerator.

Time: About 20 minutes, including prep.