One of the signs that spring is really here is when I see French breakfast radishes at our farmers’ markets. 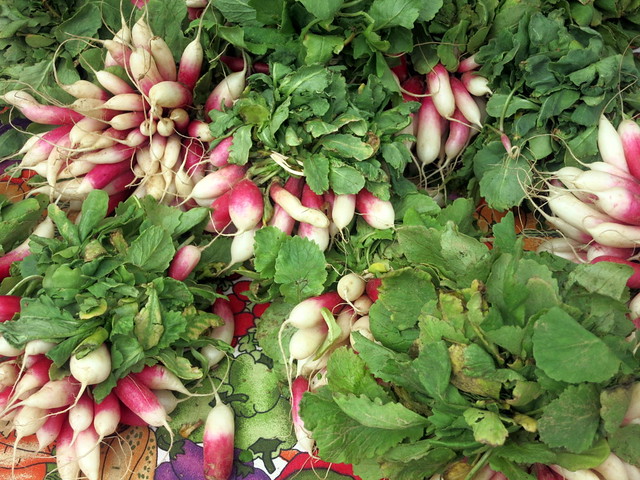 Originally introduced as a heirloom radish in the late 19th century, French breakfast radishes were popular amongst residents of Paris but have since broadened their appeal around the world. They’re prized for their crisp texture and mild flavor. The classic way to eat them is by pairing them with butter and salt as a snack, or with other vegetables and sauces as part of a crudités plate. 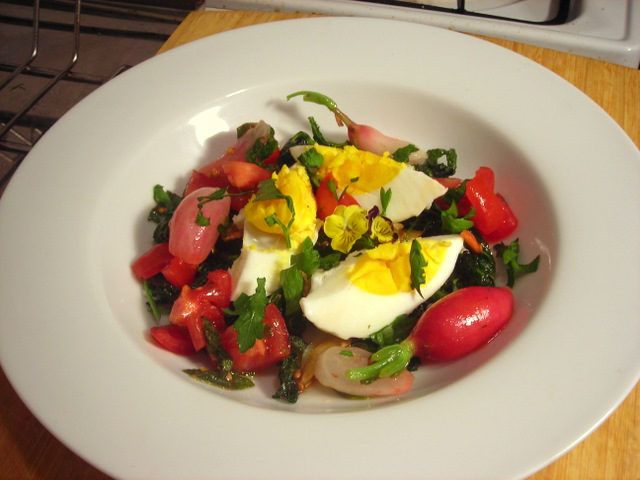 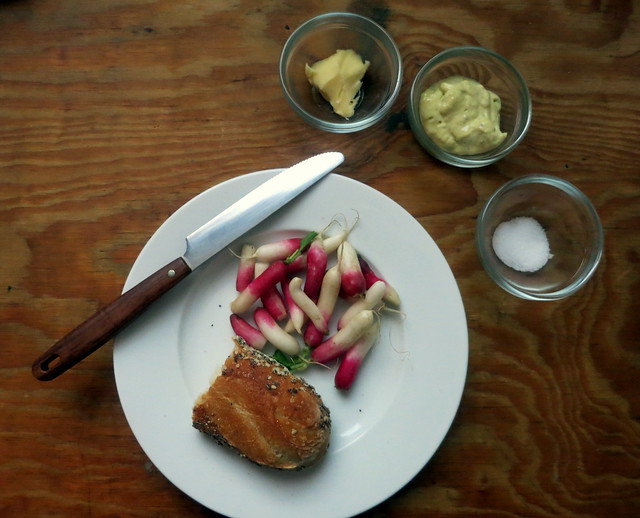 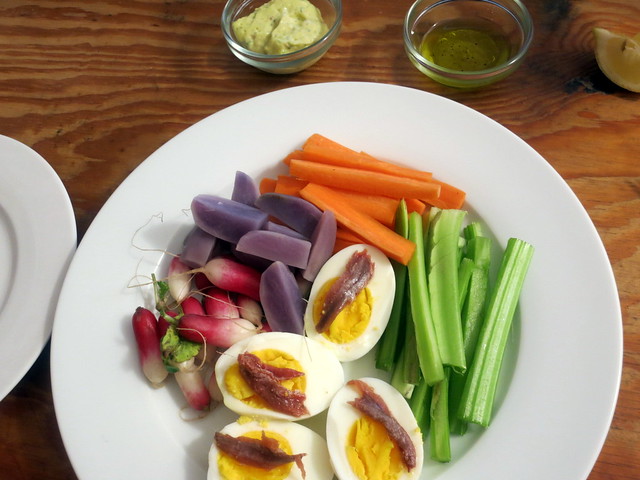 They’re lovely braised with celery and butter, and garnished with snipped mint leaves or minced chives. Or sliced into matchsticks and lightly pickled in rice vinegar with a touch of sesame salt, and served as a garnish along with cubes of chilled silken tofu.

You don’t need to do much to bring out their best. 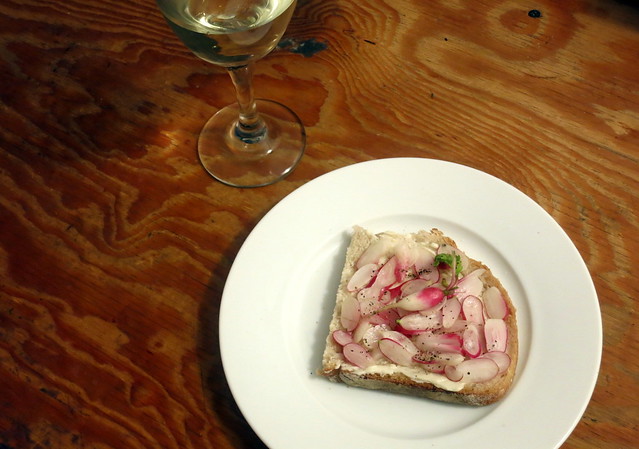 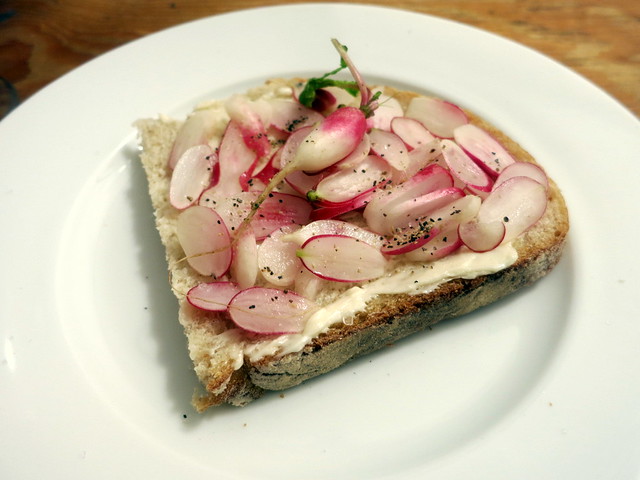 Adapted from this recipe at Saveur.

In a small bowl, combine butter and salt and blend until the salt has been thoroughly incorporated. Spread butter on each slice of bread. Scatter radishes atop the buttered bread. Lightly sprinkle each bread slice with a scant pinch of salt and pepper, then serve at once.

This recipe is sized for 4 people.