Asparagus with Coconut and Cardamom

This is my interpretation of one of Floyd Cardoz‘s creations at his former restaurant, the now-closed Tabla. Opened in 1998, Tabla was an instant hit amongst New York City’s food cognoscenti. It heralded the arrival of what would be called “New Indian cuisine”, where classical Indian dishes and concepts were re-interpreted via a modern American prism. The restaurant garnered three stars from the New York Times and was consistently ranked amongst the top echelon in the Zagat guidebook.

So many stereotypes exist when it comes to the food we eat, and Indian cuisine is no exception. “Too spicy”, “too boring”, “too many curries”, and “too much focus on meat” are common refrains. Perhaps this dish might be the perfect antidote.

This is, I feel, a rather unusual and approachable dish. Yes, it’s spicy but it’s a different kind of ‘spicy’. ‘Complex’ is probably the word I’m looking for. There is warmth from toasted black mustard seeds, piquancy from crushed green cardamom pods and a faint sweetness from flakes of dried coconut.

This version isn’t vegan because the onions were cooked in ghee (clarified butter). If you want to make it vegan, substitute vegetable oil for the ghee instead. 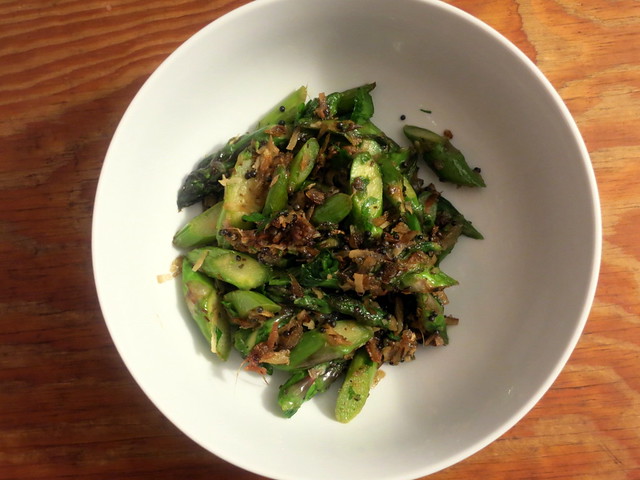 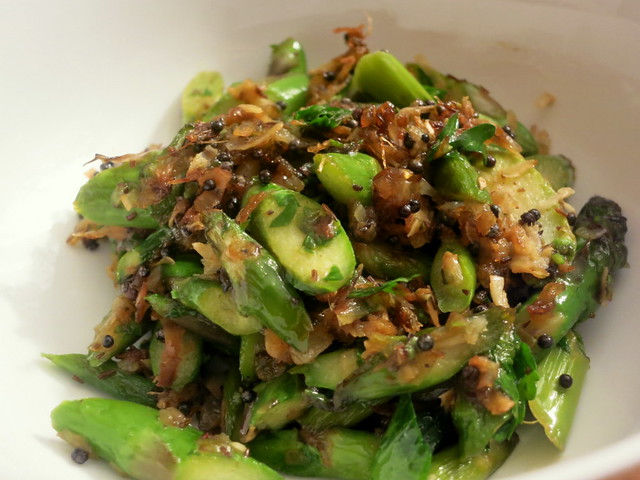 Asparagus with Coconut and Cardamom

Fill a large bowl full of ice water. Set aside.

Place asparagus in a small saucepan and fill with barely enough cold water to cover. Bring the asparagus to a boil and cook for about 2-3 minutes, or until they become tender-crisp and a bright emerald green. Drain, then immediately plunge the asparagus into the ice water. Drain the asparagus, then slice them on a bias, like so: 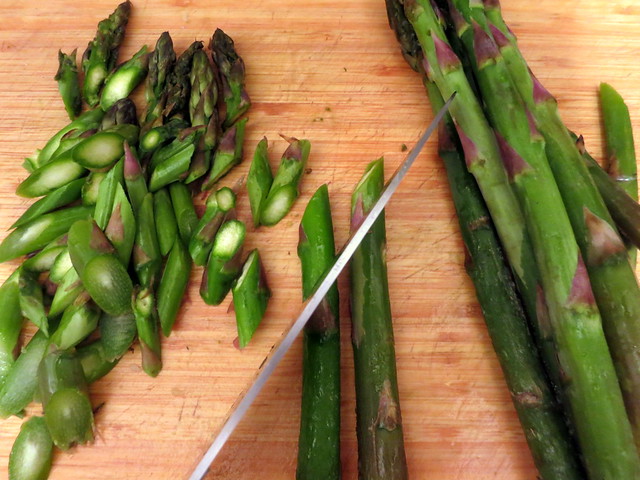 If you slice them this way, you’ll increase their surface area. In addition, it makes for a more elegant presentation.

Add the ghee to a large skillet and warm over medium-low heat. Add the onions and ground cumin. 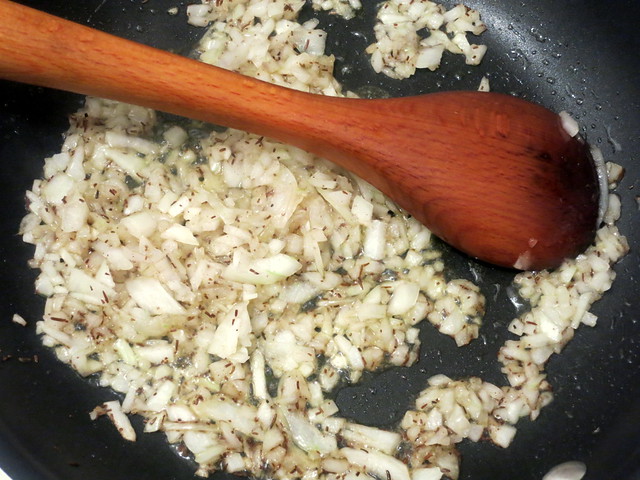 Fry the onions until they become golden brown. You may have to stir the onions a few times to keep them from burning. Remove from heat and spoon the onions into a bowl. Set aside. 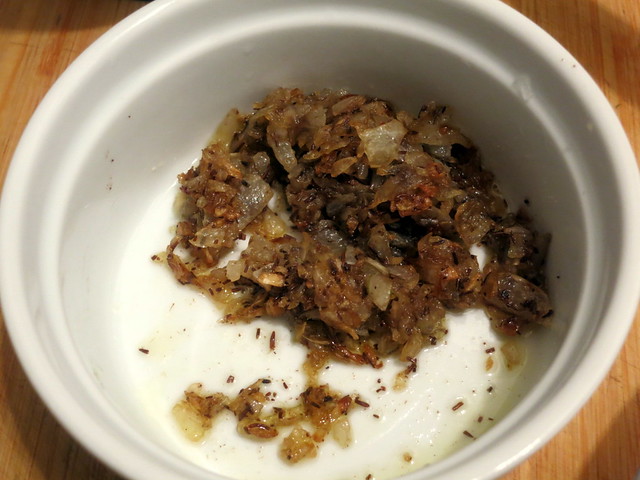 Melt the remaining tablespoon of ghee.

Toast the black mustard seeds, this time over high heat. 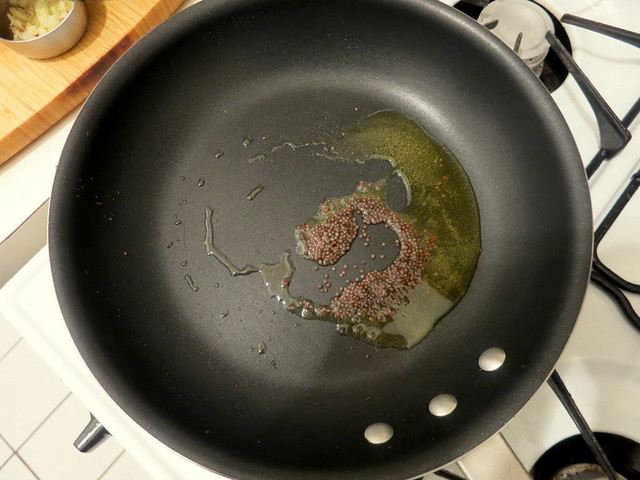 When the mustard seeds begin to “pop”, add the cardamom pods, garlic and ginger. 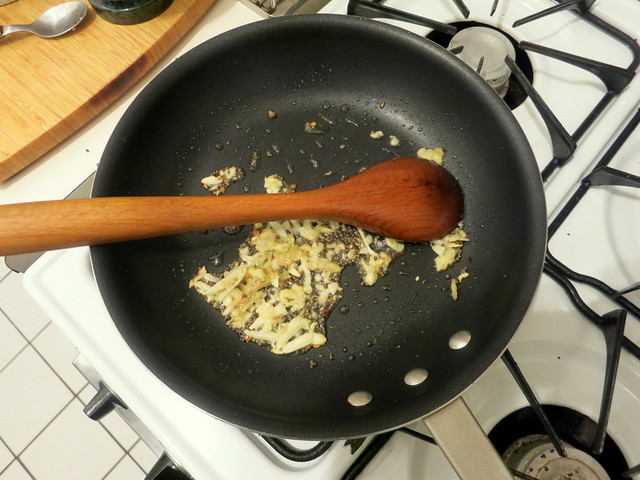 Cook until cloves turn a pale gold, about 1 minute. Add the dried chile pepper flakes. Return the onions to the pan and lower the heat to medium. Stir in 1 tablespoon dried coconut. Mix well. Fry the coconut-and-spice mixture for 1-2 minutes, then add the asparagus. Cook the asparagus for 3-4 minutes or until the vegetables are warmed through. Remove from heat and taste for salt. Stir in lime juice and chopped cilantro, then serve at once.

Time: About 1 hour, including prep.