To most Americans, meatballs are made to be paired with spaghetti or some other type of pasta, typically served in a concoction known as “Sunday gravy“. In the annals of Italian-American kitchen lore, this is a long-simmered sauce that most often than not, contains a variety of pork cuts, aromatic vegetables, tomatoes and wine. However, in Italy, meatballs are another creature altogether.

They can be cooked in a simple tomato sauce, or rolled in breadcrumbs and deep-fried. Occasionally you may see them served in a clear meat broth as part of a “primo” or first course. 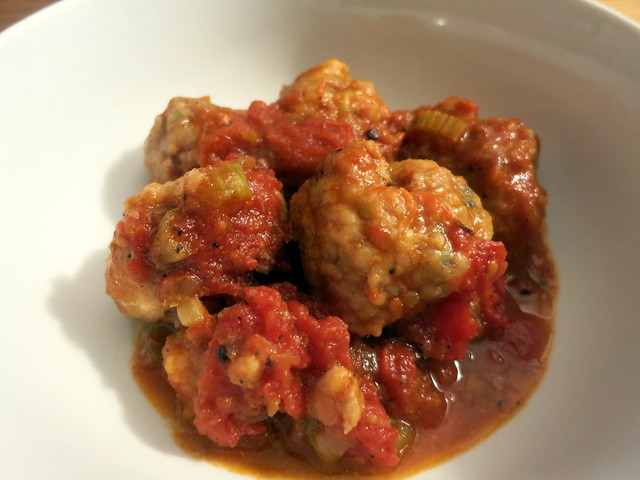 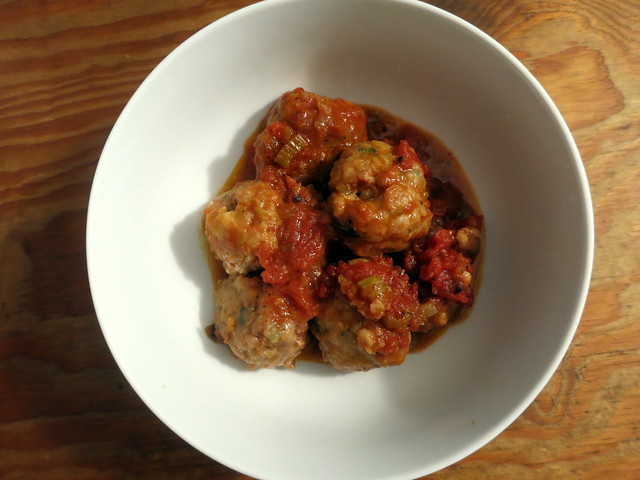 Adapted from The Classic Italian Cookbook, by Julia Della Croce.

Soak the bread in the milk. When soft, squeeze out and discard the liquid. Use your hands to mix the bread with the ground meat, prosciutto, grated onion, marjoram, lemon zest and egg. Season the meat mixture with about 2 teaspoons sea salt and a generous grind of black pepper. 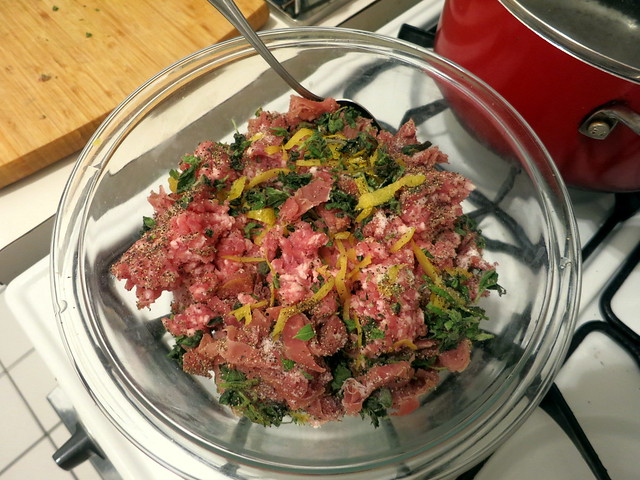 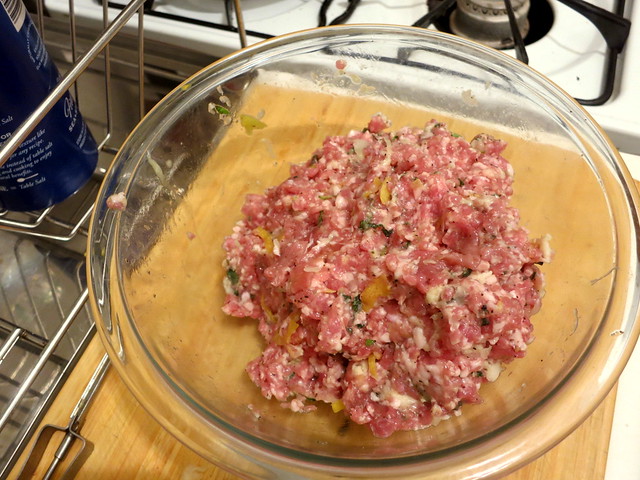 Dredge the meatballs in the flour. 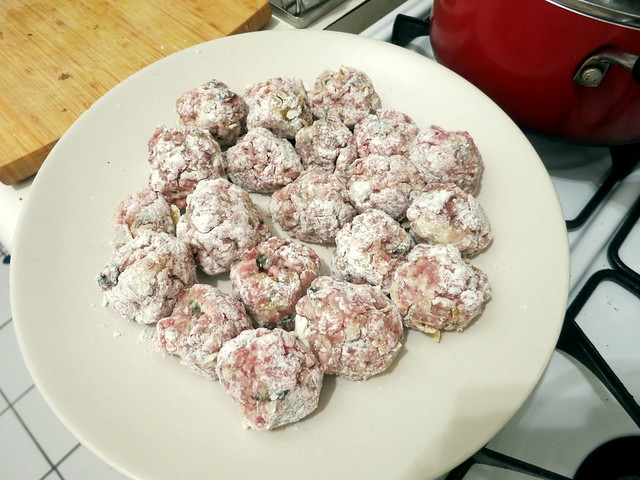 Heat 4 tablespoons olive oil in a skillet over medium heat. When the oil is hot, sauté each batch until lightly browned but still pinkish inside. Drain on paper towels and set aside. 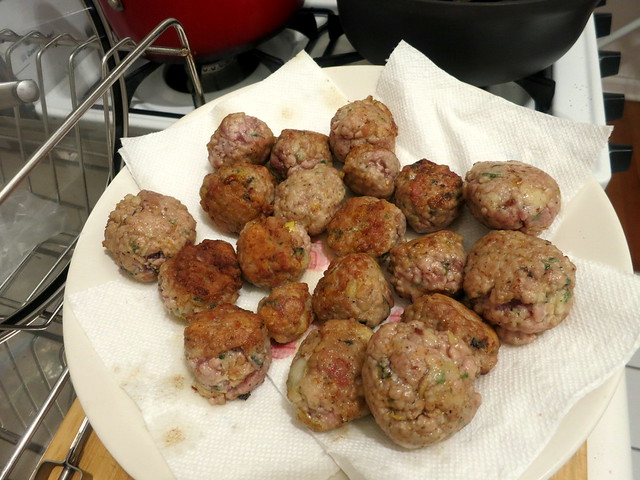 Add the carrot, celery and onion to the skillet with the meatball drippings. 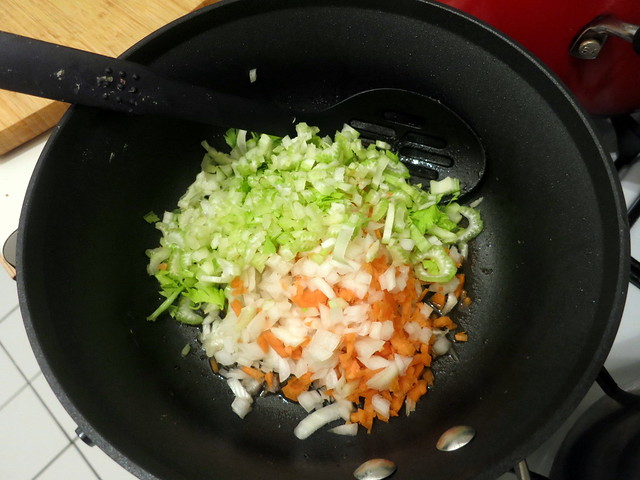 Sauté over medium-low heat until the vegetables are softened. Stir in the tomatoes. Season well, then simmer the sauce for 10 minutes. Taste for salt and pepper.

Transfer the browned meatballs to the sauce and simmer over medium-low heat, uncovered, until the sauce has thickened and the polpettine have cooked through, approx. 12 minutes. 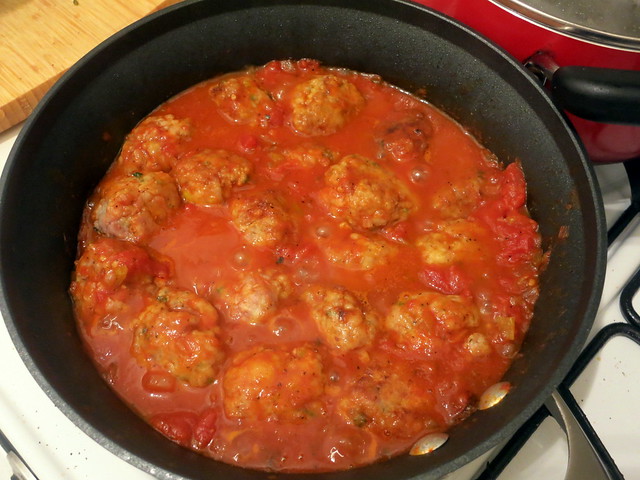 This recipe is sized for 4 to 6 people.

Time: About 1 hour, 15 minutes, including prep.