If there’s a dish that really epitomizes the height of summer, it’s ratatouille. Wikipedia tells us that it’s a traditional French Provençal stewed vegetable dish, originating in Nice, and that the full name of the dish is ratatouille niçoise. Tomatoes are a key ingredient, with garlic, onions, courgette (zucchini), aubergine (eggplant), bell peppers, marjoram and basil, or bay leaf and thyme, or a mix of green herbs like herbes de Provence.

There are many recipes for ratatouille. The best known version appears in Julia Child‘s magnum opus, Mastering the Art of French Cooking. Julia’s recipe instructs us to layer the vegetables, where the eggplant and zucchini are sautéed separately, while the tomatoes, onion, garlic and bell peppers are made into a sauce. The ratatouille is then layered in a casserole – eggplant, zucchini, tomato/pepper mixture – then baked in an oven. Another method is to simply sauté all of the vegetables together. A third method, favored by Joël Robuchon, is similar to the first; however, the ingredients are not baked in an oven but rather recombined in a large pot and simmered.

Now, I don’t have MtAoFC, although it’s on my list of cookbooks to buy in the near future. I’ve also never made ratatouille, that is, until now. The recipe I’m using appears in one of Alice Waters’ cookbooks. It’s a fairly straightforward approach that takes about an hour and a half, and doesn’t require as much effort as Julia’s recipe. 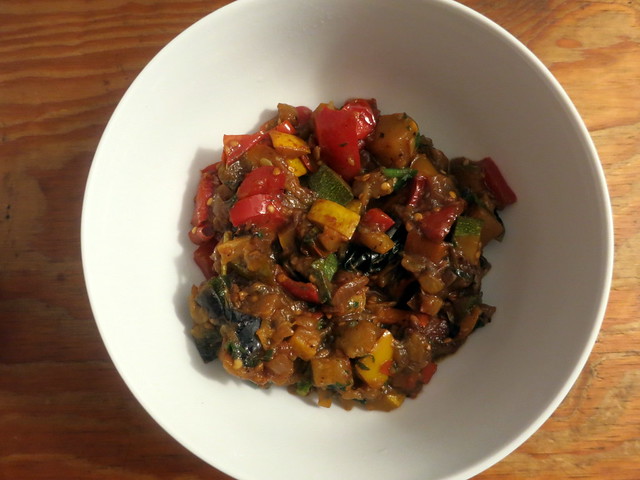 Adapted from The Art of Simple Food, by Alice Waters

Toss the eggplant cubes with a teaspoon or so of salt. Set the cubes in a colander to drain for about 20 minutes. 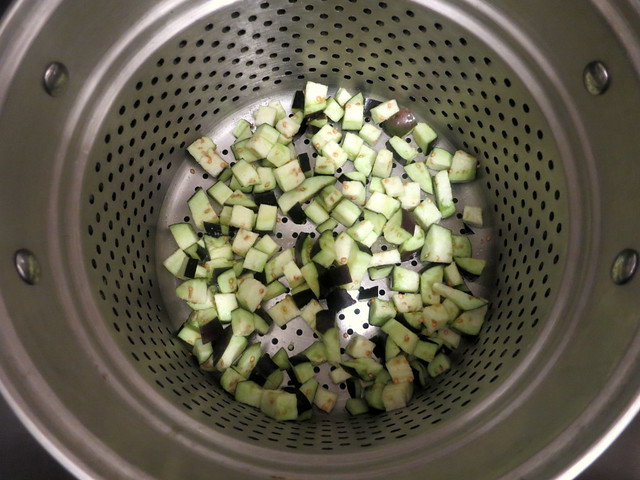 Warm 2 tablespoons olive oil in a heavy-bottomed pot. Pat the eggplant dry, add to the pan, and cook over medium heat, stirring frequently, until golden. Add a bit more oil if the eggplant absorbs all the oil and sticks to the bottom of the pan. Remove the eggplant when done and set aside. 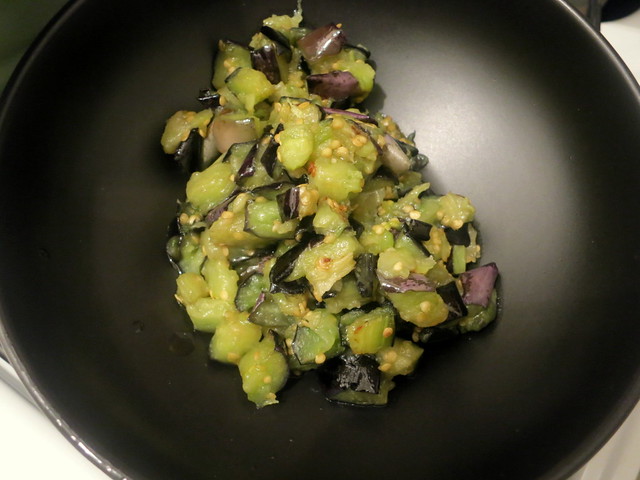 In the same pot, pour in 2 more tablespoons olive oil. Add onions and cook until it becomes soft and translucent. Add the garlic, basil bouquet, dried chile flakes, and a generous pinch of salt. 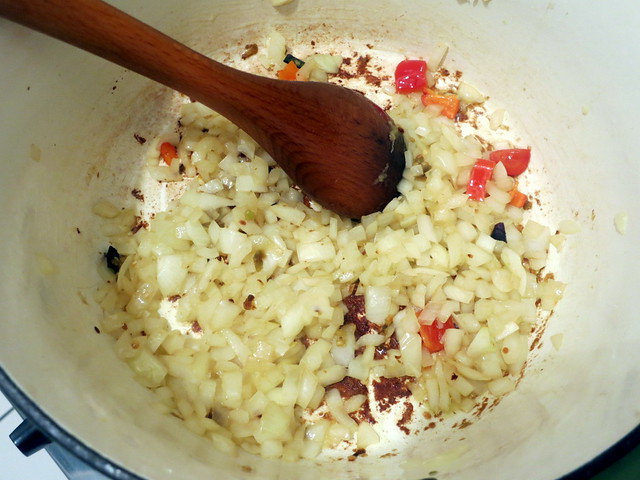 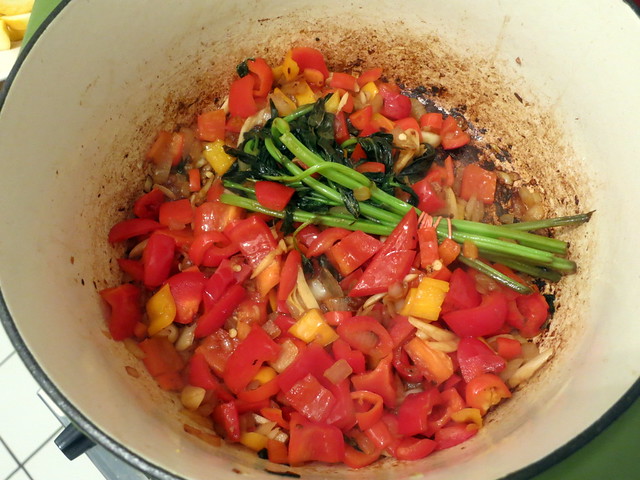 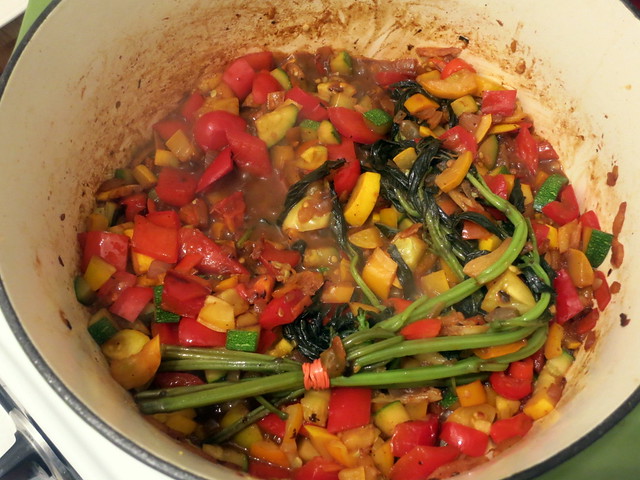 Cook for 10 minutes, then stir in eggplant. Cook for 10-15 more minutes, or until all the vegetables are soft. Remove the bouquet of basil, pressing on it to extract all its flavor. Taste for salt.

Ratatouille is one of those vegetable stews that gets better the day after it’s made. In addition to serving it as a side or main dish, I adore it as an omelette filling or alongside some poached eggs.

This recipe is sized for anywhere from four to six people.