A Gallery of Tomatoes 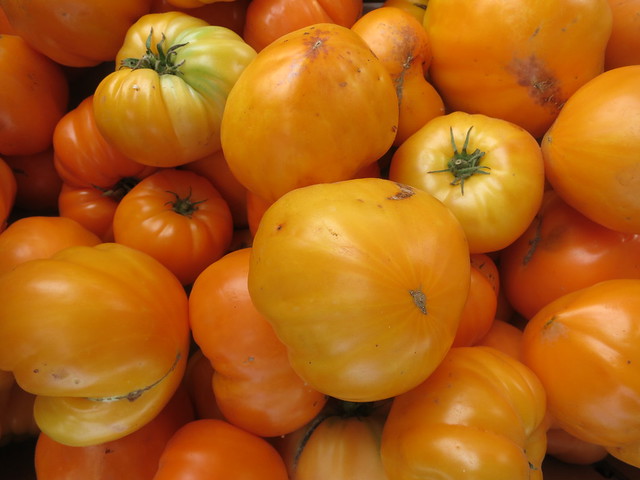 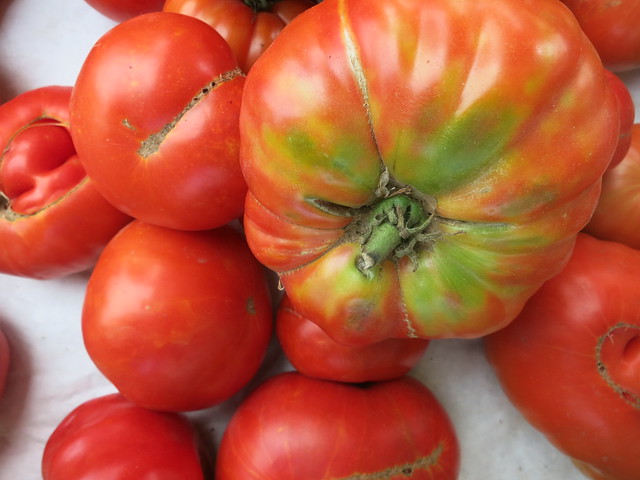 They’re amazing when they’re in season…and that time is now. 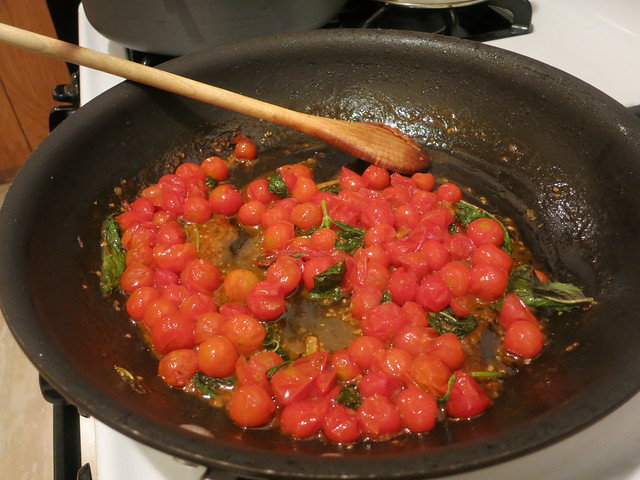 Depending on where you live, they’re on their way out and they won’t reappear for another year. 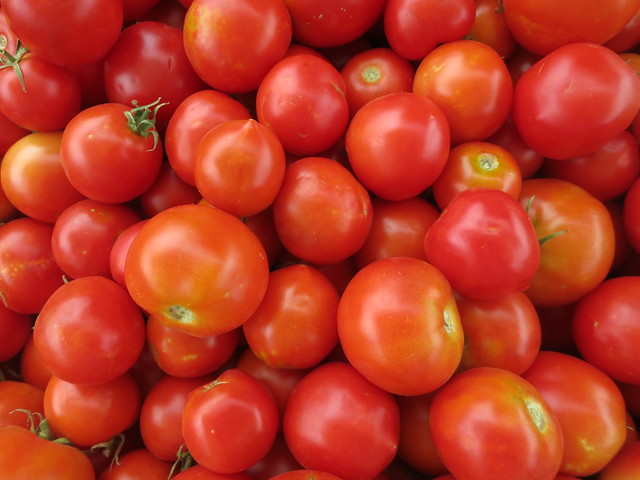 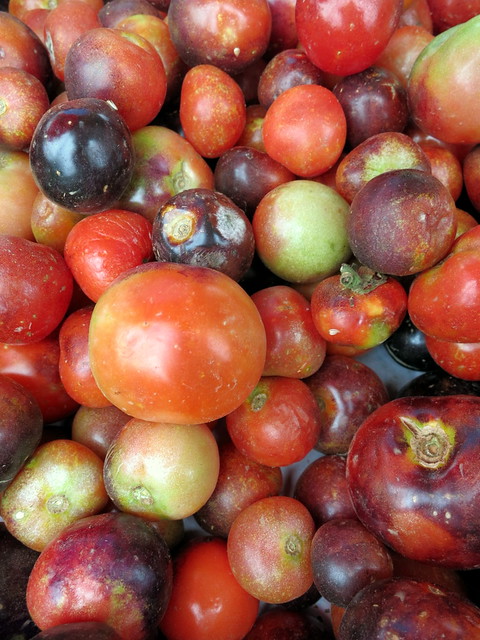 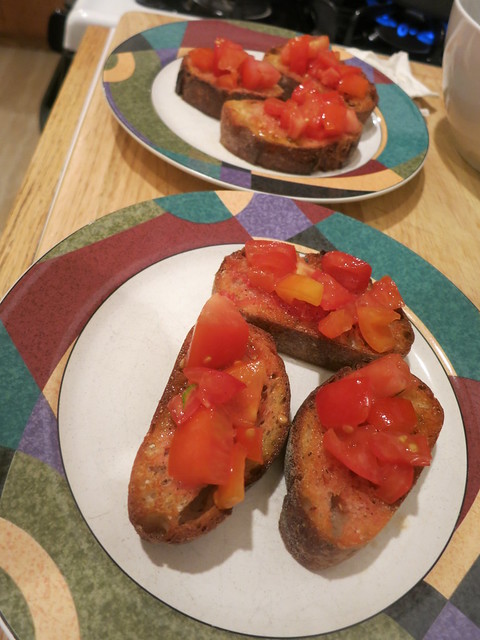 I like them served as plainly as possible, because you really don’t need to do a whole heck of a lot to enjoy them. An ice-cold tomato sliced into wedges and sprinkled with salt and pepper is one of summer’s greatest pleasures. The same goes for bruschetta, where slices of toasted bread are adorned with diced tomatoes that have been seasoned with salt, black pepper and extra-virgin olive oil. Once you’ve eaten a couple, you’ll clamor for more. Count on it. 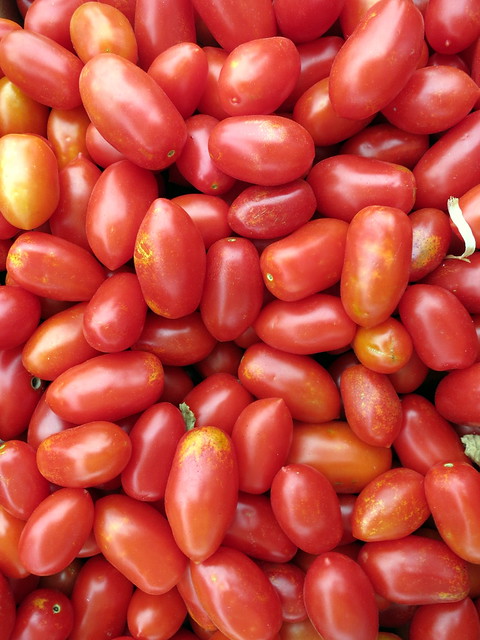 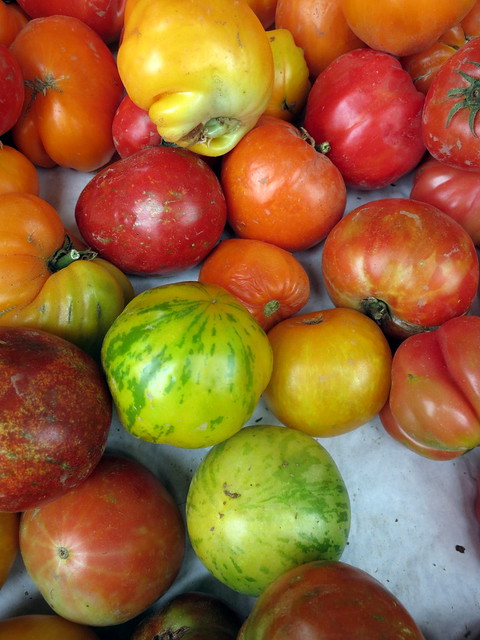 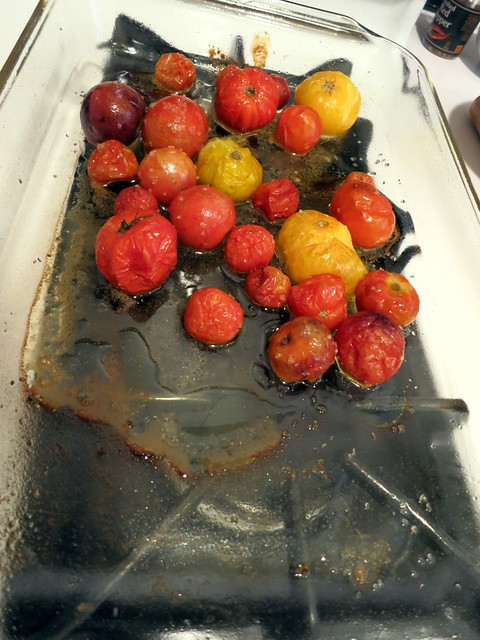 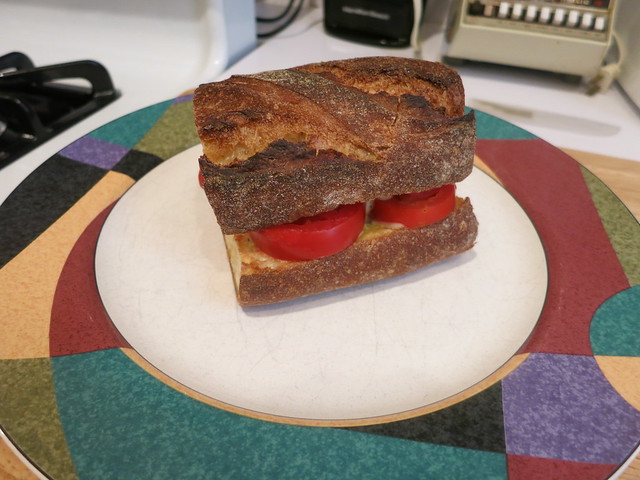 You might have heard of tomato-and-mayonnaise sandwiches, that notorious delicacy of the American South best eaten over your kitchen sink. It’s the messiest sandwich ever made, and possibly one of the tastiest. Purists demand Hellman’s Mayonnaise or Duke’s, but you can use homemade instead of store-bought. (I did, and it was divine. That can be our little secret.) 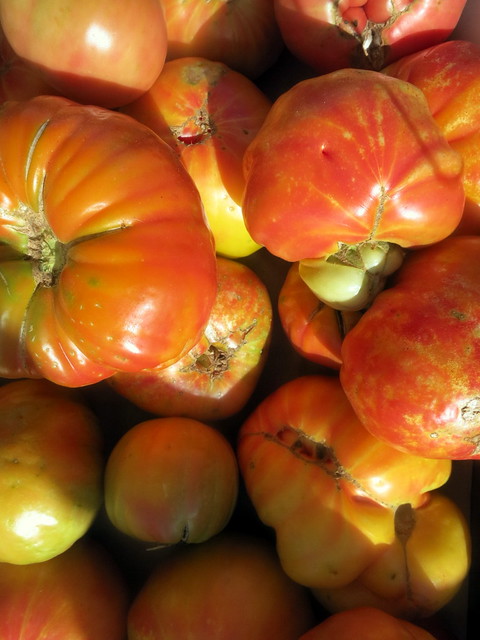 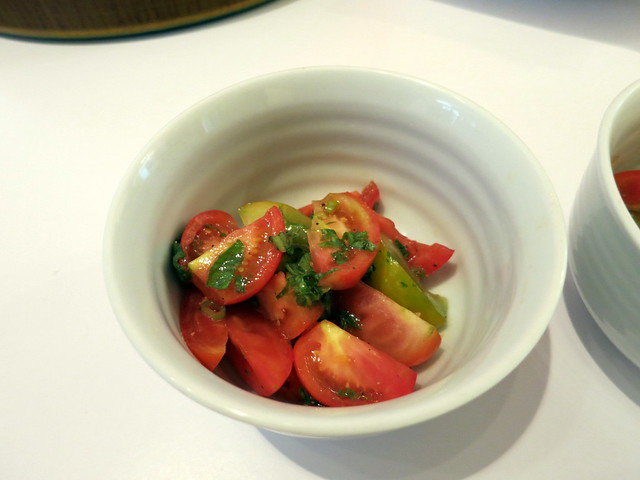 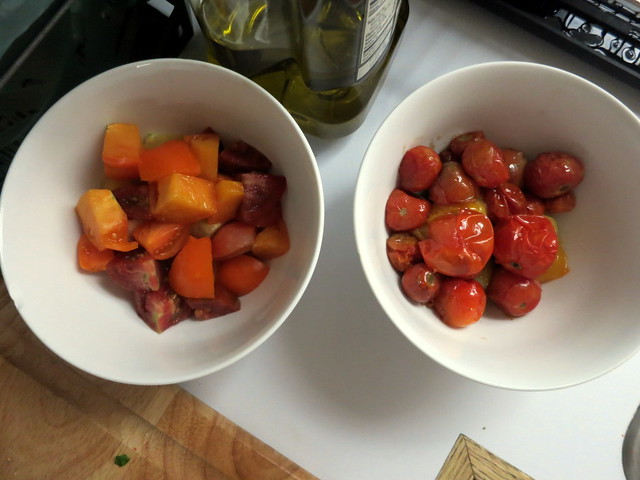 And once you’ve tired of your tomato salads, your gazpacho, and your uncooked tomato sauces, there’s a world of slow-roasted tomatoes just waiting for you to discover it. 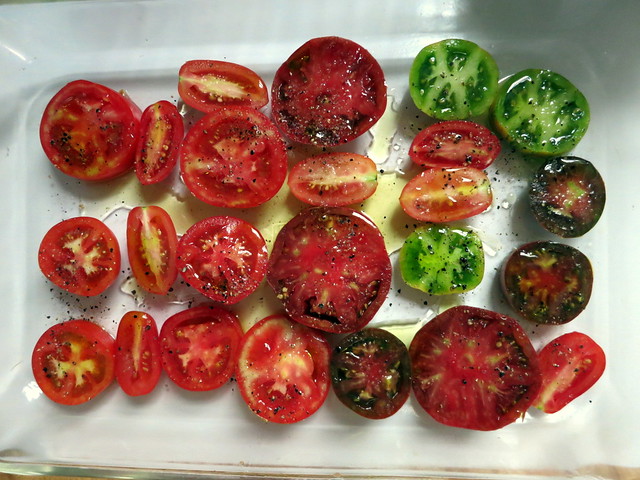 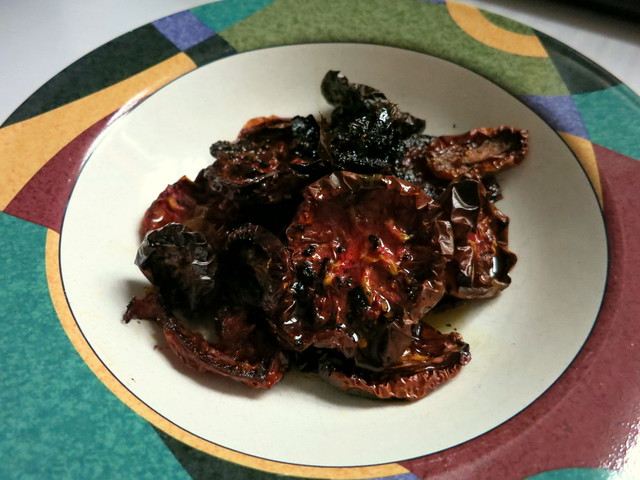 Someone on Facebook asked whether slow-roasted tomatoes taste as good as regular ones. It’s a little bit like discussing the difference between grape juice and wine when you think about it. The tomatoes are slow-roasted, meaning that they’re roasted for a long period of time over extremely low heat. This concentrates their sugars, caramelizes them and elevates their flavor dramatically. I think they’re amazing. 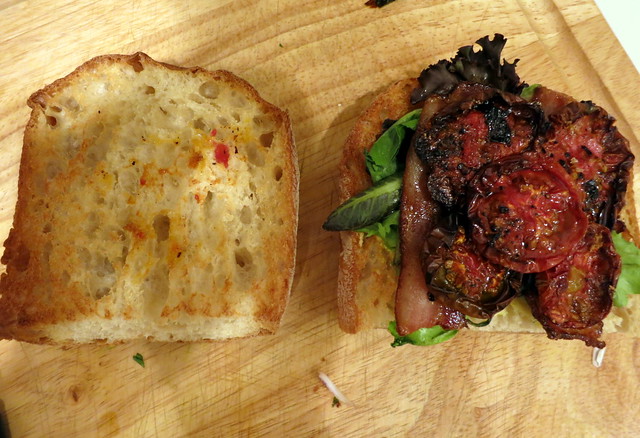 They’re awesome in a BLT sandwich. 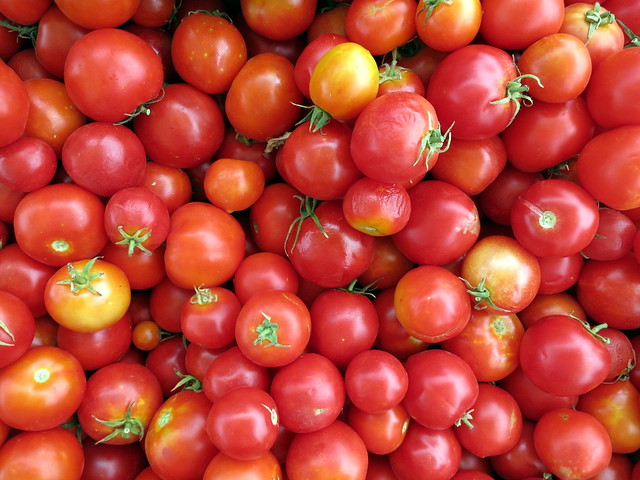 Early Girl tomatoes are one of my favorite varieties. They explode with flavor when fully ripe. They’re pure sunlight in every bite. And when they’re slow-roasted, you’ll think they’re better than sex. 😉 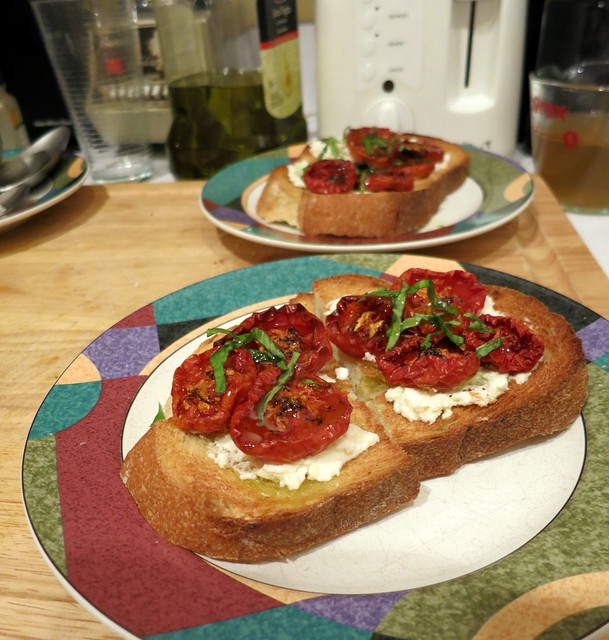 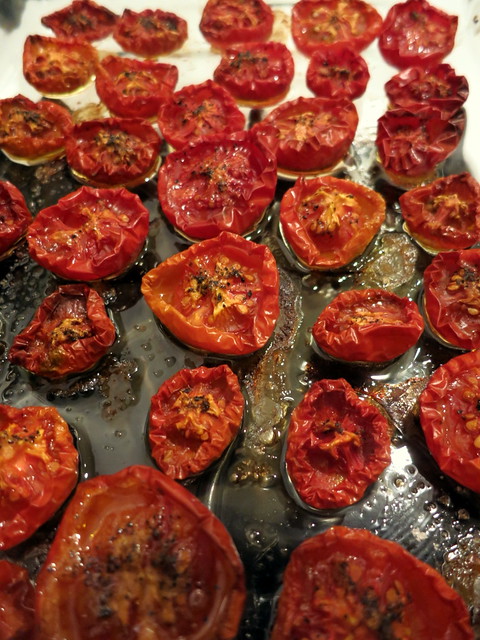 As recipes go, this is one of the simplest ever. The only two downsides are: the time it takes to make a batch, and the sheer willpower you’ll need to prevent yourself from devouring them all in one sitting.

Don’t say I didn’t warn you. 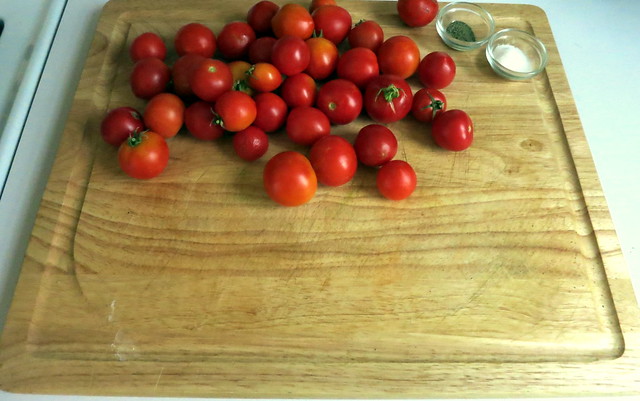 Cut tomatoes in half. Lay the tomato halves, cut side up in a Pyrex baking dish or a foil-lined cookie sheet. 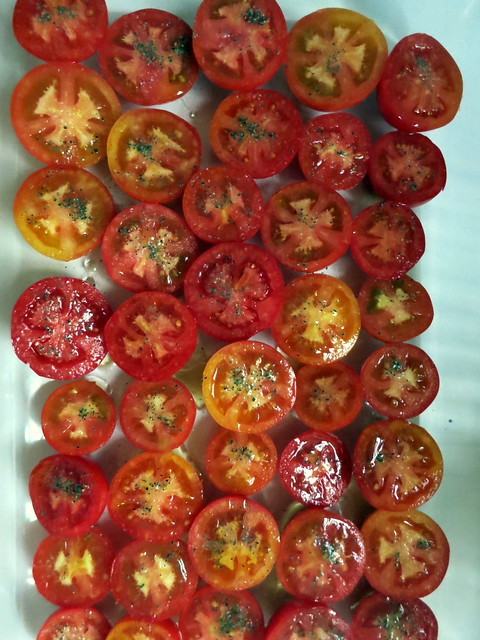 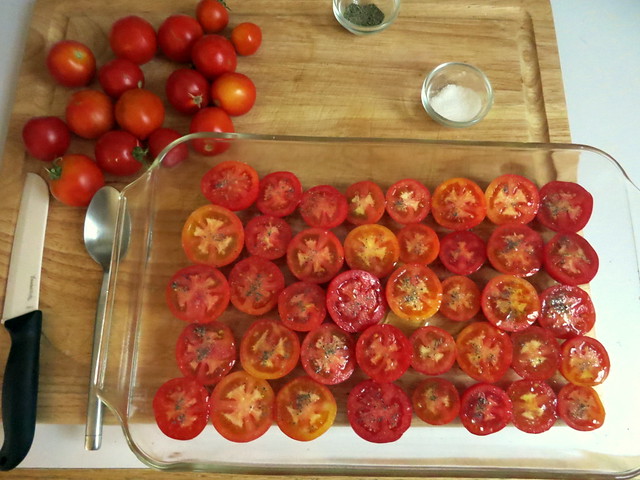 Drizzle lightly with olive oil. Sprinkle each half with a small pinch of sea salt. Grind some black pepper over the tomatoes. Roast uncovered for 4 1/2 to 5 hours or until the tomatoes have shriveled up nicely as shown in the picture above.

Let cool, then use as desired.

If you won’t be using or eating them right away, a good way to store them is to cover them in olive oil and store the container in the refrigerator. Keeps for up to a week.

This recipe is sized for 2-3 people, or one incredibly weak-willed eater!